Hotspur Publishing will be sponsoring Leprecon 38, Arizona’s Annual Science Fiction and Fantasy Convention with an emphasis on Art.  In addition to a half page ad that will appear within this year’s program guide, Saul Garnell is scheduled to be on a number of panels to engage the SF&F community and help promote his recent novel, FREEDOM CLUB.

Two notable guests of honor at this year’s con are Joe Haldeman (Hugo award winning author of THE FOREVER WAR) and Stephen Furst (best known recently for his role on the Science Fiction hit, BABYLON 5 ).

If you’re in the Phoenix area from April 6-8, don’t miss out on this once a year event. 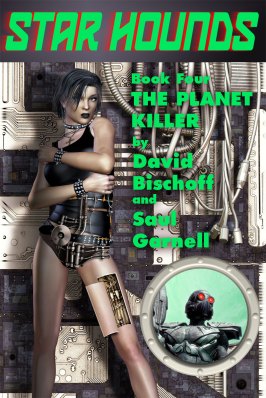 Hotspur Publishing is proud to announce release of the Star Hounds Book 4: The Planet Killer, on Amazon Kindle.

Check out Hotspur’s Star Hounds Series main page. It contains information on all books in the series, and updates on the next novel scheduled to come out later this year.

When last we left our heroes they were trapped in a strange dimension with strange aliens and stranger relationships.

Laura Shemzak? Still hot and ready to party… But with her handsome brother Calspar? Um, time to cool those rockets!

And the Federation? Up to their dystopian mischief. If only that damned Tars Northern, his ship the STARBOW and their crew — including Laura and Cal Shemzak could — could be captured. But there’s a joker in this new deck. The joker is dead serious, though — a brain that used to be a man named Dr. Harla Zox, packing a new sinister power in his starship, fresh from destroying the planet that had once harbored him. 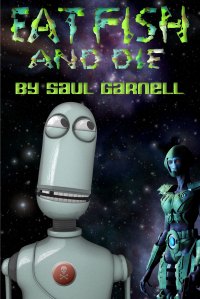 Hotspur Publishing is proud to announce release of “Eat Fish And Die”, on Amazon Kindle.  This is a hilarious Mil SF by Saul Garnell, and the inspiration behind Saul’s next upcoming novel, VOODOO ROBOT CHILI.

Stuck on a small planetoid, we find Major Joachim Merlot. He’s the military equivalent of a street sweeper, defending Earth against an alien race of stinking fish-like creatures. Merlot wasn’t interested in being any kind of hero- he just wants to return home and see who won the office pool. His odds of making it back alive were only one in sixteen, but that didn’t matter. He was issued one handy dandy Battle Ready Android with the fire power of an entire platoon. The only problem? Don’t let that Android think too much. Too much thinking, you see, can upset it. But there’s the rub. Since everyone thinks most of the time, how can you figure out when it’s too much?

Feel free to leave comments or ask questions. And for more information, check out Hotspur’s Short Story page link. It contains information on this and other short stories available from Hotspur. 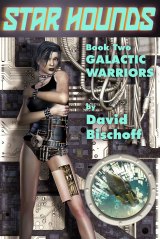 Book 3: The Macrocosmic Conflict – Duel Across the Galaxy 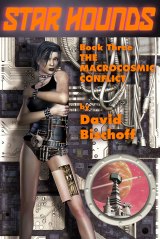 Check out Hotspur’s Star Hounds Series main page. It contains information on all three books in the series, and updates on the new novel scheduled to come out next year. 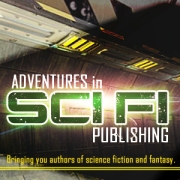 The host of Adventures in SciFi Publishing, Shaun Farrell, interviewed Susan Cartwright during  episode 158 of the award winning podcast.

Susan talked about her background, and explained how she came to writing her debut novel, Wolf Dawn. She also talked in depth about the mixed genres used within the book (SF, Fantasy, Romance), and how parts of the book are considered controversial by some readers.

For the entire podcast, go to episode 158 of Adventures in SciFi Publishing, or download it via iTunes. 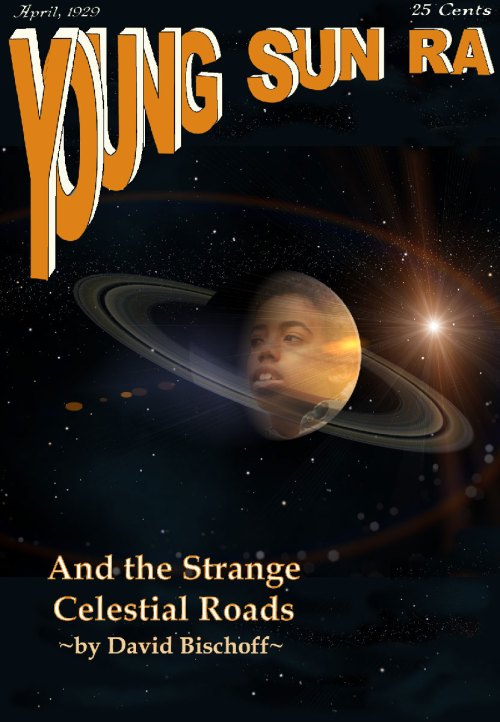 Space IS the Place!

Click here to get YOUNG SUN RA on Amazon Kindle 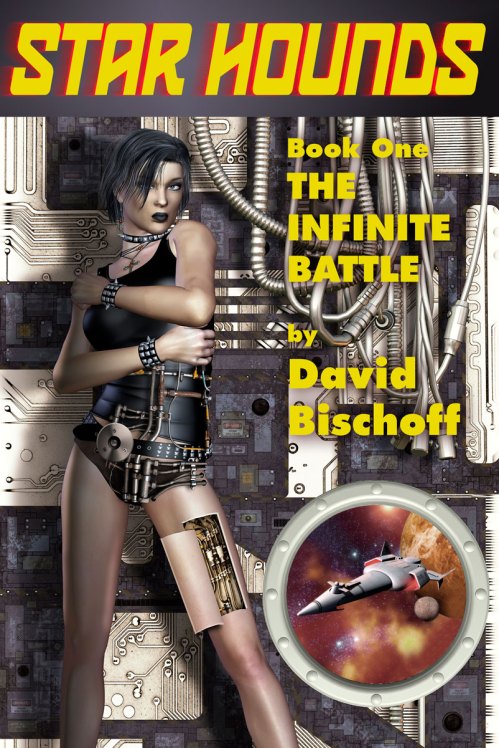 “In the marvelous tradition of Marion Zimmer Bradley, “Wolf Dawn” is an exciting Space Adventure Epic, with the heart of Orson Scott Cards ENDER series, the soul of Frank Herbert’s DUNE — and yet, much more that is startling and controversial!”

Sumeet is the cream of Indian education, and a top notch investment banker. But he’s unhappy with the good life laid before him, and soon meets Shinzou Friemann, a mysterious consultant who offers solace from the fetters of unbridled Capitalism. But Shinzou is not all that he seems, and Sumeet is unwittingly drawn into the hunt for an unusual terrorist group. One where the lines between terrorist, freedom fighter, hero, and madman all break down…welcome to the Freedom Club.

Both men explore a future world overrun by consumerism, technology, and discontent. Where being human isn’t good enough, as God-like Sentient Beings threaten the very meaning of life. Written in a way that echoes John Brunner’s Stand on Zanzibar, Freedom Club is frighteningly prescient, and intensely powerful.

The host of Adventures in SciFi Publishing, Shaun Farrell, interviewed David Bischoff during  episode 154 of the award winning podcast.

David talked about his early career, and explained how his first award winning short story, TIN WOODMAN, made its way into both a novel, and as a Star Trek New Generation episode entitled TIN MAN. He also talked at length about the state of SF writing, and why it seems to have moved away from being a written genre for young people. Finally, David discussed his efforts to create Hotspur Publishing, already published titles, and the soon to be released lineup of books, such as: DRAGONSTAR, GAMING MAGI, and STAR HOUNDS.

For the entire podcast, go to episode 154 of Adventures in SciFi Publishing, or download it via iTunes.